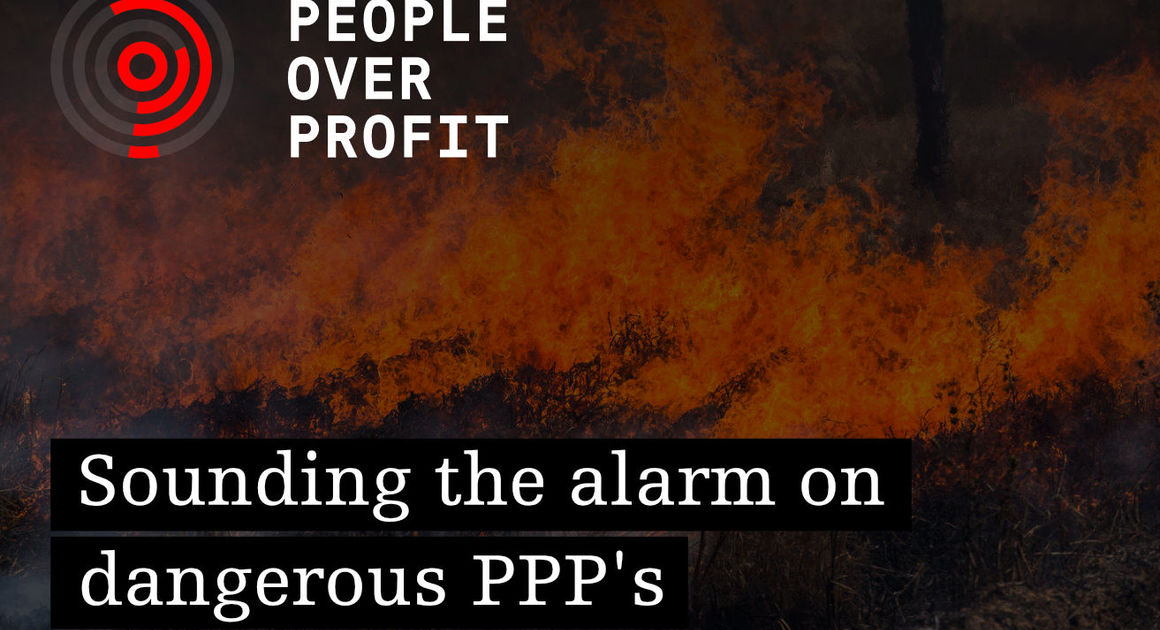 A new campaign aimed at reversing the dangerous rush to promote expensive and high-risk public-private partnerships (PPPs) was launched yesterday by Public Services International and by 151 civil society organisations from all over the globe.

The campaign’s manifesto - launched during the World Bank and International Monetary Fund annual meetings in Washington DC - demands that western governments, the World Bank and other development banks stop prioritising PPPs over traditional public borrowing to finance social and economic infrastructure and services.

The 151 organisations from 45 countries behind the manifesto point out that “experience of PPPs has been overwhelmingly negative and very few PPPs have delivered results in the public interest.” PPPs often cost more in the long run than conventional public funding, expose governments to financial risk, and can have a disproportionally negative impact on women and children, and undermine democracy, human and environmental rights.

“We are seeing increased promotion of PPPs by the World Bank, G20 and others,” said Maria Jose Romero, Policy and Advocacy manager at Eurodad, the European Network on Debt and Development. “Until relatively recently PPPs were largely confined to developed economies, but now they are being aggressively pushed onto countries in the global south as the answer to development finance shortfalls.”

“This dangerous trend means the very countries which are already most vulnerable to debt and most in need of development aid are saddled with expensive, high risk, undemocratic and unaccountable projects,” said Romero. “PPPs also encourage corruption and bad decision-making because contracts are often negotiated in secret and covered by commercial confidentiality.”

Among the many examples of PPPs which have failed to live up their promises, the campaign highlights

"To serve the purpose of the 2030 Agenda, the contradiction between the need for the right-based social inclusion and the current profit-oriented economic model needs to be solved. We have broad-based evidence that PPPs do not deliver on their promises.”

For more on CSO’s at Financing for Development
https://csoforffd.org/