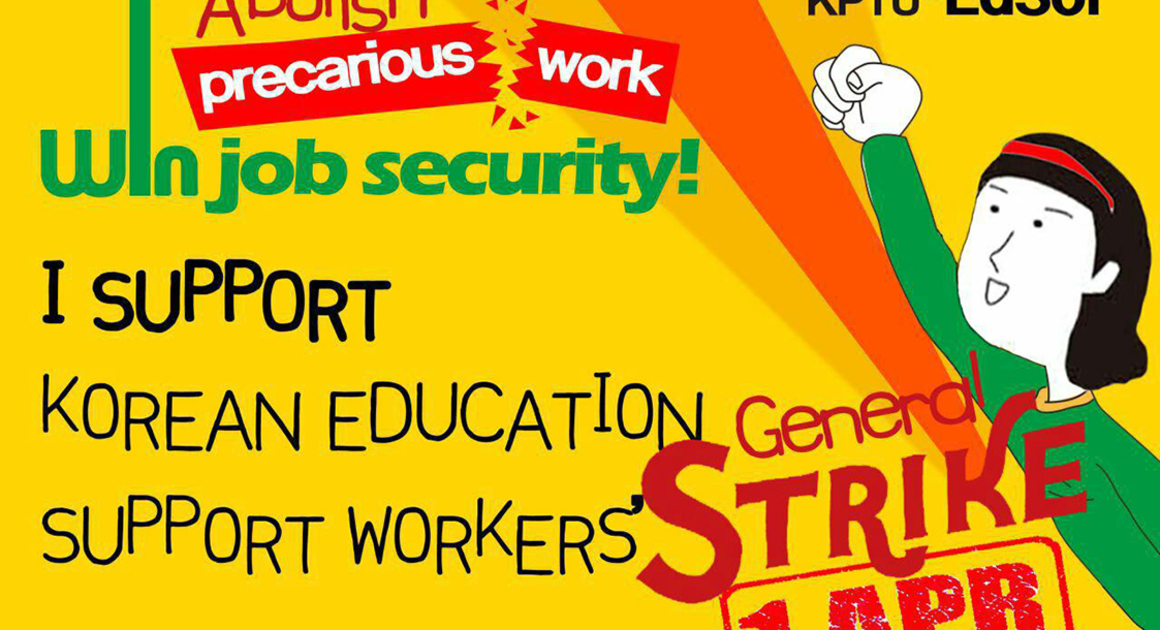 The Korean government is cutting funding to education while seeking to introduce new laws that will expand precarious work throughout the economy. It has already announced guidelines that make it possible for school principals and the heads of other public institutions to fire workers based on subjective evaluation systems and weaken the role of unions.

Education support workers in South Korea have been unionising rapidly. Over the last few years they have organised as the Education Workers Solidarity Division of the Korean Public Service and Transport Workers’ Union (KPTU-EdSol) and won their first collective bargaining agreements through successive strike actions. Last year, KPTU-EdSol elected its second-term leadership – made up of women education support workers representative of the membership.