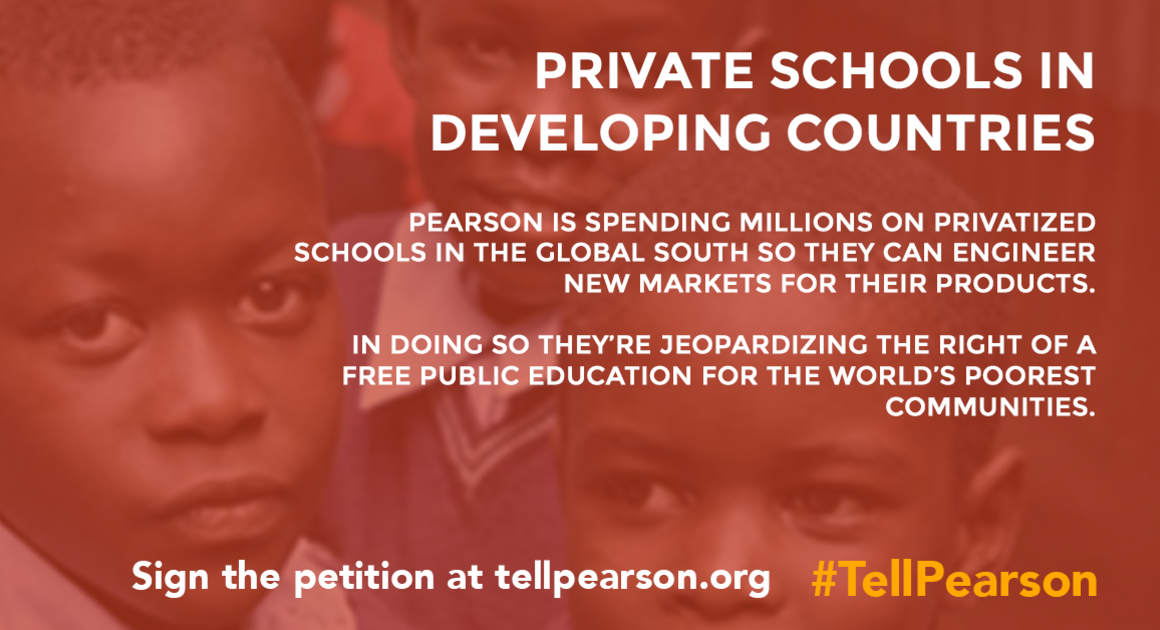 Stand with the Pearson 100 and let your voice be heard

Public employee and education unions have mobilized a global capital campaign in support of shareholders resolution at the Pearson PLC Annual General Meeting.

PSI affiliates, AFT, AFSCME and UNISON are among the dozen plus unions, a number of public employee pension funds and one hundred concerned shareholders – the “Pearson 100” – which have joined together to TELL PEARSON to end its support for segregated privatized schools in the developing world and its market incentivized high-stakes testing fixation.

Pearson’s strategy isn’t working for public education…or its own investors. Pearson puts gag clauses in teacher contracts and has been caught monitoring kids’ social media to stop testing leaks. In Africa and Asia, Pearson is plowing millions into private schools to create new markets for its products.

Parents and students have had enough – they’re “opting out” from Pearson tests and letting governments know that Pearson isn’t welcome.

The “Pearson 100” shareholder resolution will be debated on the floor of the Pearson AGM and the petition signed by thousands will be delivered at the London meeting on April 29.

TELL PEARSON: EVERY CHILD HAS A RIGHT TO A FREE HIGH-QUALITY EDUCATION