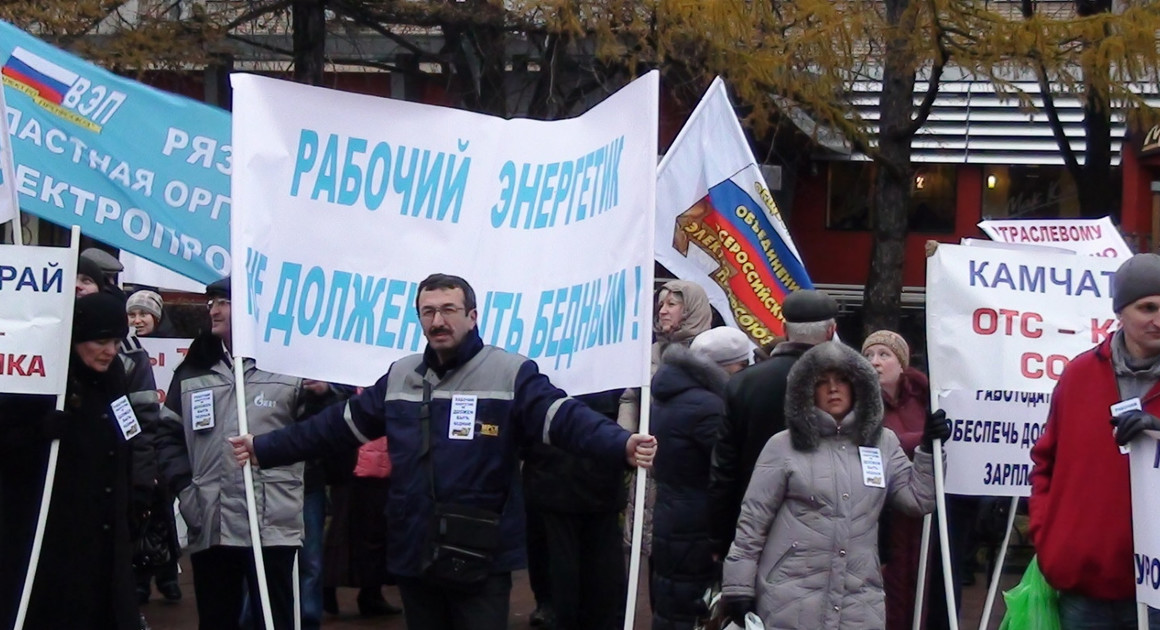 Russia: A power engineer must not be poor

Russian energy workers are in discussion with their employers concerning wages and working conditions. They request that PSI and its affiliates send messages of support and solidarity.

Following an initial protest in November 2012, the All-Russian Electric Trade Union, a PSI affiliate, is organising a second protest action in Moscow on 20th February, with regional meetings and pickets throughout the whole of Russia. They expect around 500 demonstrators at the Moscow rally. They will be wearing their work uniforms and carry regional energy company or trade union banners.

The All-Russian Electric Trade Union requests that PSI and its affiliates send messages of support and solidarity for their actions. Please send letters to:

Please find attached the letter PSI has sent to the Russian government in support of the union’s demands.