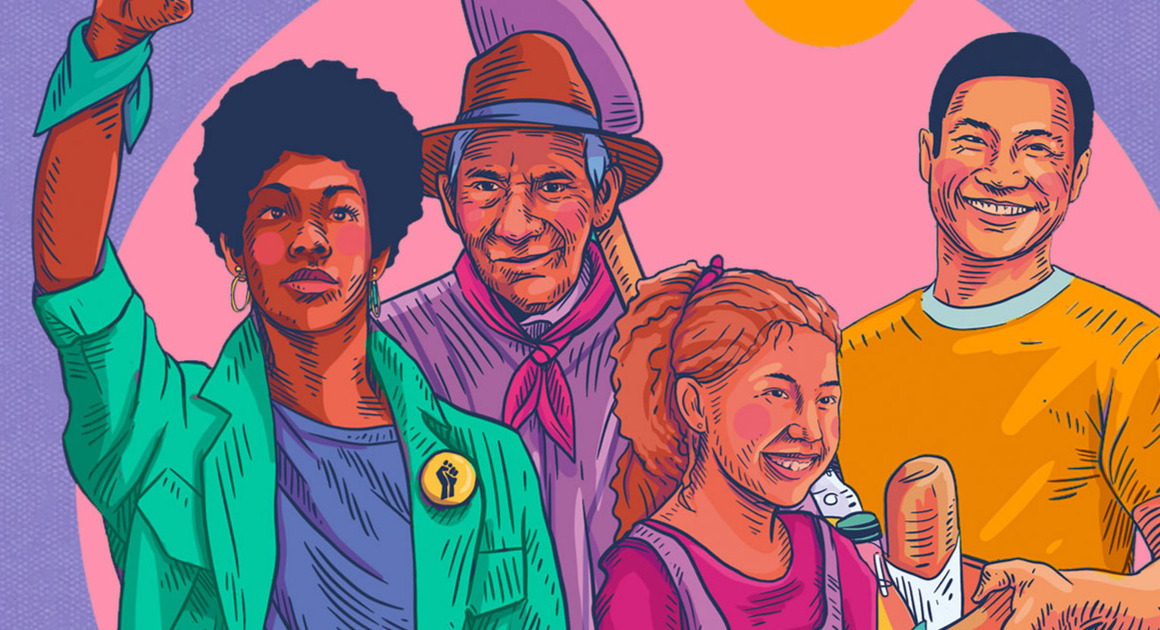 Our Future is Public

The climate emergency, rising inequalities and the COVID-19 pandemic have reaffirmed the failures and limitations of the current neoliberal model to respond to crises and ensure a dignified life for all. Transformation in the organisation of our economy is needed in order to confront the challenges the world is currently facing and to create societies that are fair, inclusive, socially-just, equitable and sustainable.

To this end, actors from a diverse range of movements, sectors and regions have, in recent years, been mobilising to reclaim and rebuild public services as the foundation of a fair and just economy that works for all. Key milestones have included the first global “Future is Public” conference held in Amsterdam 2019, which brought together over 400 participants to discuss strategies for putting the “public” back into public services and to build democratic public ownership of the economy, and the launch of the collective civil society Global Manifesto on Public Services in October 2021, signed by over 200 organisations.

From 29th November to 2nd December over a thousand representatives from over one hundred countries, from grassroots movements, advocacy, human rights, and development organisations, feminist movements, trade unions, and other civil society organisations, met in Santiago, Chile, and virtually, to discuss the critical role of public services for our future.

Following the meeting, the Santiago Declaration on Public Services was adopted by a drafting group representing all sectors, on the basis of the notes and discussions during the four days.

We are at a critical juncture. At a time when the world faces a series of crises, from the environmental emergency to hunger and deepening inequalities, increasing armed conflicts, pandemics, rising extremism, and escalating inflation, a collective response is growing. A large movement is building and concrete solutions are emerging to counter the dominant paradigm of growth, privatisation and commodification.

Hundreds of organisations across socio-economic justice and public services sectors, from education and health services, to care, energy, food, housing, water, transportation and social protection, are coming together to address the harmful effects of commercialising public services, to reclaim democratic public control, and to reimagine a truly equal and human rights oriented economy that works for people and the planet.

We demand universal access to quality, gender-transformative and equitable public services as the foundation of a fair and just society.

We will join forces across sectors, regions and movements to formulate and carry out common strategies and new alliances towards joint proposals for a just, feminist and decolonial transition in the face of the climate and environmental crises. We will work to  transform our systems, valuing human rights and ecological sustainability over GDP growth and narrowly defined economic gains. 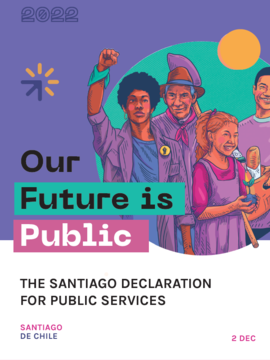 We demand universal access to quality, gender-transformative and equitable public services as the foundation of a fair and just society.