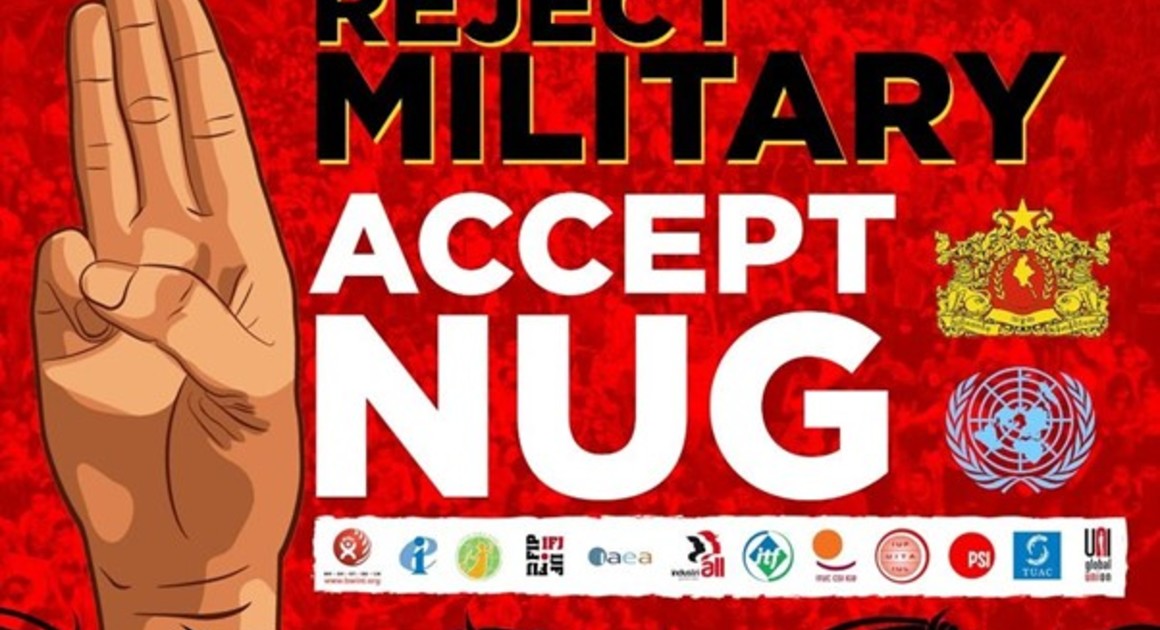 In coordination with the Council of Global Unions (CGU), PSI is calling on affiliates to take part in the Global Union Day of Action Day for Myanmar on 15 September, on the occasion of the International Day of Democracy.

Trade unions in Myanmar are seeking our support to stop the military-led State Administration Council (SAC) from gaining recognition at the 76th UN General Assembly (UNGA) 14-30 September 2021 and instead have the National Unity Government (NUG) recognised as the legitimate government of Myanmar. Unions successfully campaigned to reject the credentials of the SAC military at the ILO in June and adopted the ILO Resolution for a return to democracy and respect for fundamental rights in Myanmar. The Civil Disobedience Movement (CDM) and the Myanmar Labour Alliance, including the Confederation of Trade Unions in Myanmar (CTUM) and health workers supported by PSI affiliates are calling for a global #AcceptNUG campaign and sustained support for their struggle.

Your action will amplify the movement in Myanmar. We urge you to act and stand with the people of Myanmar.

Guidelines for your contribution:

Please send your contribution to [email protected] with the subject line “Solidarity message for Myanmar Global Day of Action”.