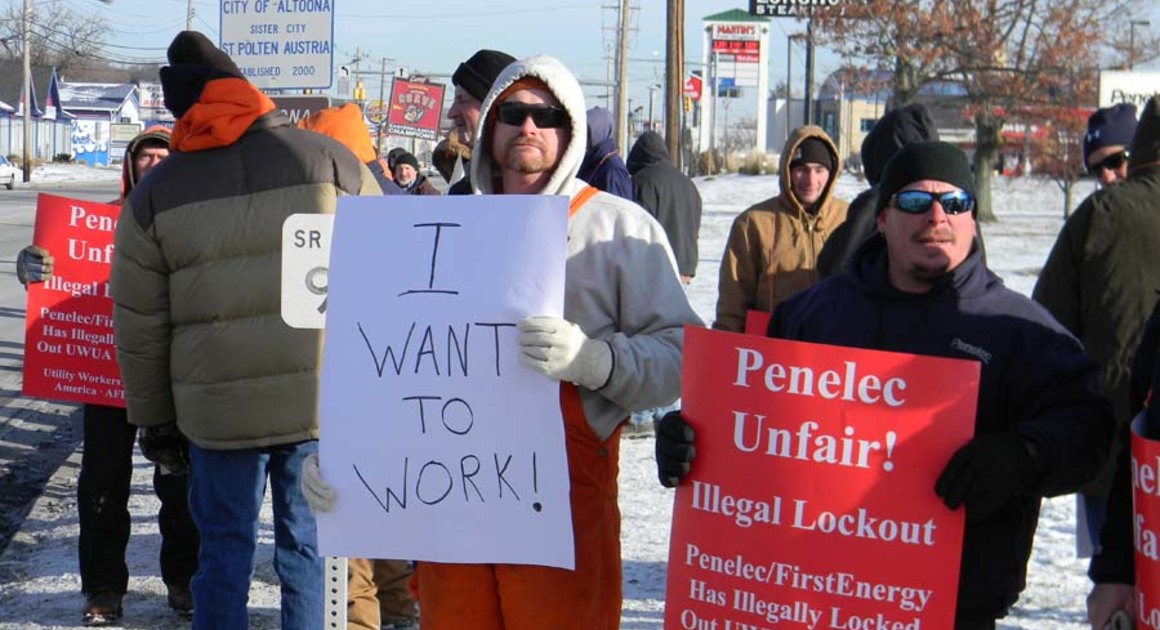 FirstEnergy locks out utility workers in US

FirstEnergy Corp. – one of the largest electric power corporations in the United States – locked out 150 members of the Utility Workers Union of America (UWUA) in the early morning hours of November 25, three days before the U.S. Thanksgiving holiday.

Management locked out utility workers at its Penelec subsidiary in the U.S. state of Pennsylvania in order to extract huge concessions in workers’ retirement and healthcare benefits and working conditions, as well as to impose cutbacks in service standards for consumers.

FirstEnergy is demanding similar concessions from over 1,100 additional UWUA members at three other utility companies owned by the corporate giant throughout the U.S. states of Pennsylvania, Maryland, West Virginia and Virginia.

According to the UWUA, the lockout of Penelec workers is part of a larger scheme by top FirstEnergy executives to roll back social benefits and working conditions for employees throughout the company, even as the corporation seeks to cut back on consumer services. The locked out UWUA members are therefore on the frontlines of the union’s efforts to end the ongoing corporate assault against living standards for U.S. utility workers.

Please demand that these FirstEnergy executives immediately end the lockout of utility workers in Pennsylvania, and for the company to return to the bargaining table to negotiate in good faith for fair agreements for union workers at all FirstEnergy locations.