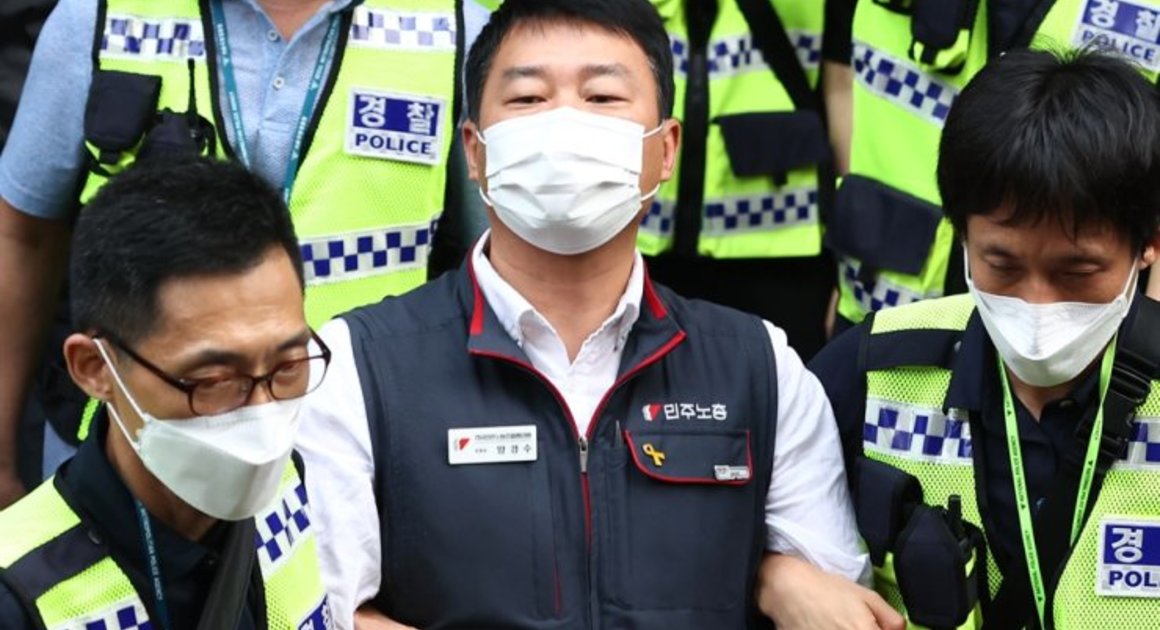 On November 25, a Korean court sentenced Brother Yang to serve a year in prison but suspended the sentence for two years. Yang had been in jail since September 2, when police stormed the KCTU offices and detained him forcefully.

After 84 days' detention, KCTU President YANG, Kyeung-soo was released and is back in the office. He thanks the international labour movement for its support and solidarity and expresses his determination to join the international solidarity action for the release of Lee Cheuk Yan, general secretary of HKCTU, and all the imprisoned workers around the world.

PSI will continue to monitor the situation and calls on the South Korean Government to immediately end harassment and intimidation of trade unionists, to respect freedom of association and assembly, and to amend its laws so that they can no longer be used against trade unionists who are exercising their legitimate rights.

The Korean Government is attempting to silence criticism through unreasonable repression that shifts the blame for policy failures to the union and denies the right to assembly and demonstration. Add your voice to our struggle!