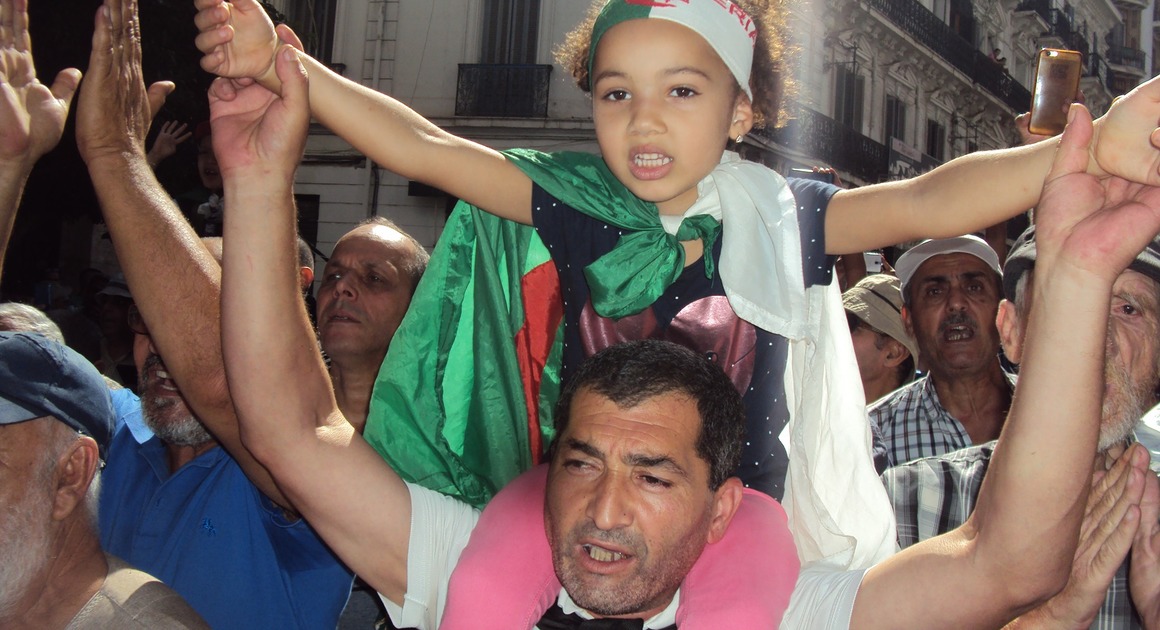 Arbitrarily arrested on 5 April 2021, Mourad Ghedia, President of the SNAPAP/CGATA Justice Sector Workers, was released on 15 June after 2 months of successful campaigning through LabourStart.

Mourad Ghedia, President of the SNAPAP/CGATA Justice Sector Workers, had been arrested and placed under a detention order in El-Harrach prison.

Nassira Ghozlane, SNAPAP General Secretary, has written to PSI to inform us of the release of Mourad Ghedia after 2 months and 10 days of detention.

While he has been condemned by the court of Hussein Dey to 6 months suspended sentence he was released and "is finally reunited with his family and friends, thanks to those who joined the large campaign of solidarity and support of the friendly trade unions, LabourStart and the international trade union organisations that called on the Algerian decision-makers about the case of Mourad Ghedia" says Nassira.

Mourad Ghedia was released thanks to international solidarity campaign

SNAPAP/CGATA expresses its gratitude to all those who have called on the government and the presidency of the Republic about the case of Mourad Ghedia. It warmly thanks PSI and LabourStart for all the efforts invested in the international campaign for Mourad Ghedia.

Mourad Ghedia, President of the SNAPAP/CGATA Justice Sector Workers, has been arrested and placed under a detention order in El-Harrach prison. On 5 April 2021, Mr. Ghedia went to the Bab Ezzouar police station in Algiers following police summonses. He was immediately arrested, without having had access to a lawyer, and brought before the investigating judge who placed him under a detention order without, however, indicating the reasons for his incarceration.

Mr. Ghedia, a clerk by profession, had previously been suspended in 2012 for almost three years along with 57 other people for strike action, without any procedure having been followed or any supporting documents having been sent to them.

Following complaints to the ILO, Mr. Ghedia and the suspended members were reinstated, but at the cost of forced transfers and without payment of their salaries for the three years of suspension. Mr. Ghedia resumed his duties as Registrar between 2015 and 2018, when he was again dismissed without cause.

Call on the Algerian Government to immediately release and drop all criminal charges against M. Ghedia and to respect the international conventions that Algeria has duly ratified.

PSI strongly condemns the arrest and imprisonment of Mourad Ghedia and all trade unionists arbitrarily prosecuted by the justice system, either for their trade union activities or their commitment to the popular Hirak movement.

We denounce the arbitrary arrest and imprisonment of Mourad Ghedia and call on the Algerian Government to immediately release and drop all criminal charges against M. Ghedia and to respect the international conventions that Algeria has duly ratified.

Join the LabourStart campaign send your protest letter to the Algerian Government.