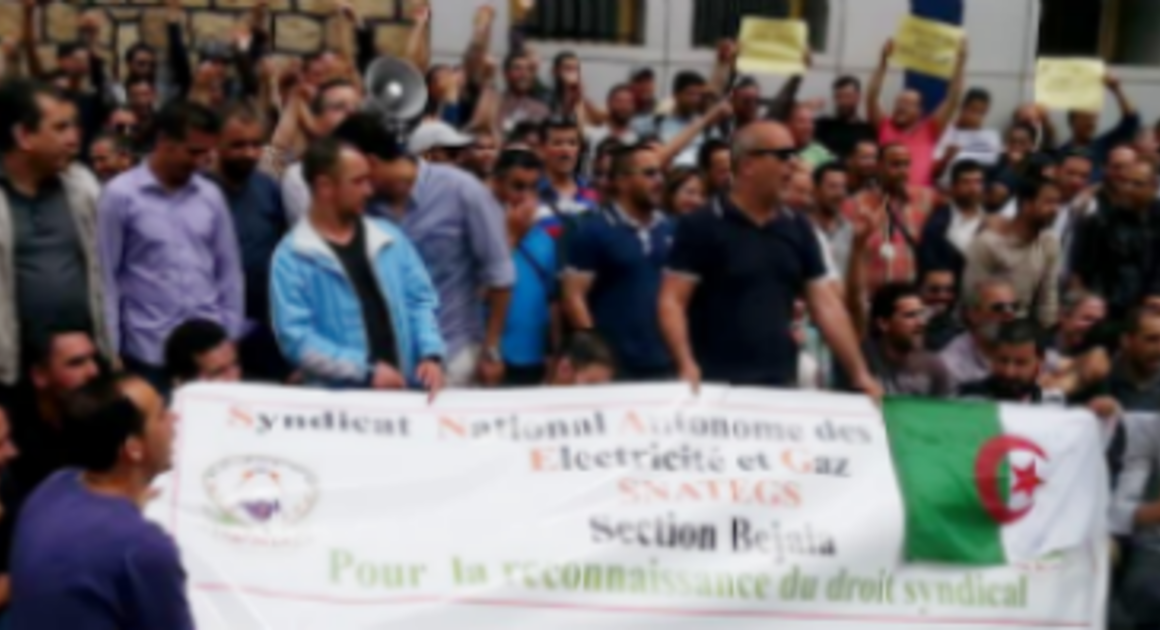 The government of Algeria is escalating its war on the independent union of electricity and gas workers SNATEGS, which organizes workers at the state energy company SONELGAZ. SNATEGS lives and fights, and needs your support. ActNOW! Join the LabourStart campaign, send a message of protest!

The government of Algeria is escalating its war on the independent union of electricity and gas workers SNATEGS, which organizes workers at the state energy company SONELGAZ. Hundreds of union members, delegates and officers have been dismissed, harassed and persecuted on bogus legal charges for exercising their fundamental rights.

In May this year the government revoked SNATEG’s legal status and sentenced union President Raouf Mellal to six months in prison for exposing corruption and massive fraud carried out by SONELGAZ over a decade of overcharging millions of Algerians on their utility bills.

Now the government is attempting to eliminate the union altogether. On December 3, the Ministry of Labour announced that SNATEGS had held a meeting to dissolve itself! No authorized meeting took place, and according to the union’s statutes only a national congress can take this decision.

On 20 January, police in Algiers detained and mistreated 1,000 demonstrators during action to stop a peaceful protest organised by SNATEGS in front of the central post office. The detainees were taken to remove areas on buses and left without food and water from 11:00h to 21:00h. PSI reiterates its condemnation of the treatment of these workers.

SNATEGS lives and fights, and needs your support. Join the LabourStart campaign: Send a message to the Algerian authorities telling them to stop the war on SNATEGS, respect the union’s rights and legal status, drop all charges against Raouf Mellal and union members and representatives facing prosecution solely in retaliation for their union commitment and reinstate all those dismissed for carrying out their union activities and exercising their rights.