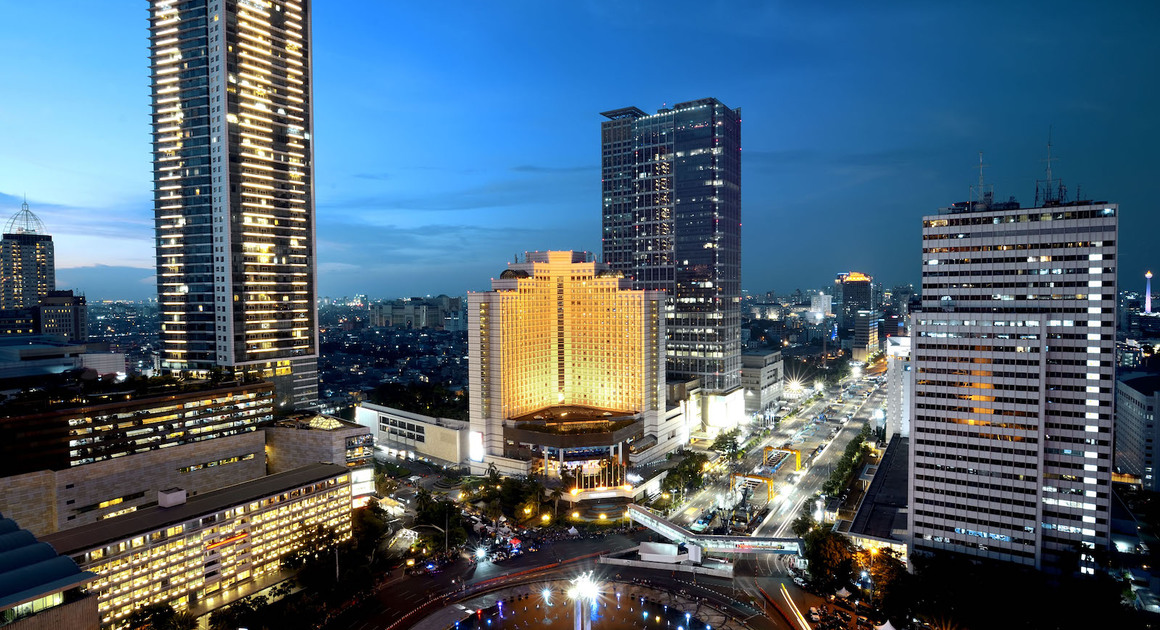 The Court actually reached its decision in April 2017, but this was made public only in October. In that six-month period, the owners of the two companies operating in Jakarta sold all of their shares.

SUEZ sold all its shares in Palyja on the 14th of September 2017 to Cantonment Investments Limited and Belle Peau PTE Ltd for $23 million (€ 19.6 million). SUEZ had 51% of the shares in Palyja. The other 49% of Palyja were owned by Astratel, a subsidiary of PT Astra International Tbk, together with Citigroup. They also sold the entire 49% of their shares in Palyja to an Indonesian company called PT Mulia Semesta Abadi in September 2017.

Who the ultimate the beneficiary owners are remains unclear.

We want to ensure that the mandated return to public ownership and transition is done in a transparent and accountable manner, in such a way that the new owners don’t squeeze out further unearned profits, and impose large debt burdens on the government of Jakarta and its people.

We need to warn against lawsuits using international investor protections mechanisms which can be used to delay endlessly the decisions of the courts and cost taxpayers millions in unnecessary legal fees and possible liabilities.

“This decision is a success for the Jakarta citizens and workers, but also for the global water movement. It is further proof of the misguided and myopic World Bank and Asian Development Bank privatization strategies, which are not only unwelcome, but are illegal.”

Until the end of 2014, the process to take over water services from private operators, despite the government’s will, was at stagnation.

In 2015, there were two significant court rulings which created new momentum. First, the Constitutional Court ruled on 18 February to annul the Water Resources Law No. 7/2004 on grounds that water resources should be managed by public body for the public benefit. It was followed by the Central Jakarta District Court’s ruling in 24 March 2015 which annulled the contract agreements of water services privatisation in Jakarta. Water privatisation was deemed negligent in fulfilling the human right to water for Jakarta’s residents. The court also ordered the water services to be brought back to the state-owned water company. It was a victory of persistent resistance and mobilisation by the citizen coalition KMMSAJ.

Soon after Central Jakarta District Court issued its ruling, the private water operators appealed to the High Court and lobbied the central government, namely Ministry of Finance and Ministry of Public Works, which are among defendants in the citizen lawsuit. The central government (President, Vice President and Ministry of Finance) challenged the court ruling. The private operators have also taken the case to the Singapore International Arbitration Court.

One of the companies is now owned by Salim Group, which belongs to the family of Suharto’s closest crony, and the person who initially pushed the privatization in 1996-7. The other company is now owned by two shell companies listed on the Singapore Stock Exchange.

“The future of Jakarta water will require time, patience and lots of political good will. We are committed to helping the Government of Jakarta in this rebuilding process. We will seek out public-public partnerships which should help to rehabilitate the city-owned water operator PAM Jaya’s capacity in peer to peer solidarity cooperation. ” ​

Operating Jakarta’s water service has long been the sole right of PT PAM Lyonnaise Jaya (Palyja) and PT Aetra Air Jakarta. Suez, a French origin global water comapny keeps its majority share in Palyja (51 per cent) ; while Aetra, which British water companyThames left in 2006, is now owned by PT Acuatico Pte. Ltd (95 per cent). Jakarta is divided between these two operators because of the flow pattern of the Ciliwung River.

It was not until 2011 that PAM Jaya openly expressed disappointment with the contract agreement and proposed renegotiation. The director of PAM Jaya stated that privatisation would sing the public water utility into huge financial losses. In 2012, PAM Jaya’s debt to Palyja reached IDR 7.9 trillion (USD 878 million) and if the current system continues, by 2022, when the privatization agreement ends, PAM Jaya’s loss will be IDR 18,2 trillion (USD 2.04 billion).

The renegotiation process did not run smoothly. Aetra was the first to agree to compromise with some renegotiated items, which were included as addendum to the cooperation agreement in December 2012. The approved items were: to lower the Internal Rate of Return, which was considered too high, from 22 to 15.8 per cent (the Financial and Development Supervisory Agency, BPKP, evaluated the reasonable rate for water services in Jakarta at 14.68 per cent); to eliminate current shortfall debt; and to decrease the leakage level from 29 to 25 per cent. Palyja, on the other hand, refused to make any changes.

The cooperation agreement has been problematic because of its emphasis on the private operators’ business profit. The payment mechanism adopted in the contract agreement differentiates between “water charge” and “water tariff”. The former is the rate paid by PAM Jaya to the private operators, while the latter is the rate paid by customers to PAM Jaya. The water charge is subject to adjustments regardless of policy decisions related to the water tariff.

The initial water charge as of 1 April 2001 was IDR 2,400, and was to be adjusted every six months. This soon created a structural problem because PAM Jaya did not have similar flexibility in increasing water tariffs because most residents could not afford it. The water charge could be raised liberally by the private operators without considering the water tariff policy, guaranteeing continued private profits. For PAM Jaya, every water charge increase that was not followed by a parallel water tariff increase led to a financial shortfall.

This shortfall has not been small. For example, Palyja’s official figures claim 12 per cent of its consumers are poor, so the tariff used for them is a Group II tariff. In December 2009, this tariff was IDR 1,050 per cubic metre. The water charge applied in the same period was IDR 7,125 per cubic metre. The difference of IDR 6,075 per cubic metre gap was borne by PAM Jaya and considered to be PAM Jaya’s debt to Palyja.

This brought the government to issue a policy that allowed raising the water tariff automatically every six months, effective from 23 July 2004 to 2007. Jakarta’s water tariff has been increased ten times since privatisation was introduced making it the highest water tariff in South-East Asia.

This structure has caused massive financial losses for PAM Jaya. In 2011, when the President Director of PAM Jaya proposed contract renegotiation, financial loss was evaluated at IDR 154.3 billion, in addition to a decrease in asset value from IDR 1.49 trillion before the privatisation to IDR 204.46 billion in 2014. A letter of support issued by the provincial government of Jakarta later assumed all these losses from public money while guaranteeing excessive revenue for the private operators despite dismal service quality.

Customers have been complaining about the poor quality and quantity of the water they get. The main problem is that the tap water runs dry almost all of the time. Customers have to get water from other sources, such as polluted rivers, wells or from expensive water vendors. This causes not only a financial loss, but also affects citizens’ productivity. Another major problem is the poor quality of water; customers often find their tap water is dirty, which carries health risks.

Even though the resistance against water privatisation is as old as the privatisation itself, it gained momentum in 2011 when residents, water workers and the civil society organisations formed the Coalition of Jakarta Residents Opposing Water Privatisation (KMMSAJ). In January 2012 KMMSAJ also brought to light an alleged corruption case that involves PAM Jaya and the two private operators by petitioning the Corruption Eradication Commission (KPK). This corruption case, currently being investigated by KPK, would involves IDR 561 billion (US$43.2 million). Tempo Magazine, which investigated the case, found a link between this corruption case and the Jakarta gubernatorial election in 2012.

In November 2012 KMMSAJ initiated a lawsuit against water privatisation, accusing the Indonesian government, the Governor of Jakarta, the president of PAM Jaya's and the two private operators Palyja and Aetra of the unlawful arrangement of the water privatisation contract. In this lawsuit, the plaintiff accuses the defendants of negligence by unlawfully arranging the water privatisation contract agreement. Indeed, the contract itself was considered as violating the Constitution and other regulations related with water resources and clean water provision, which require delivery by the state through a public water company.

This lawsuit played an important role for its influence on policy-makers. After the Citizen Lawsuit was launched, Joko Widodo, the previous Governor of Jakarta declared in March 2013 that water privatisation would be ended. In the same year nearly 40,000 complaints were filed by users regarding tap water deficiency. In 2014 Basuki Tjahaja Purnama, the then-deputy governor of Jakarta, confirmed that the government was considering the acquisition of the private firms' shares through Jakarta's public water utility PAM Jaya. In response the court postponed the verdict twice, giving the Governor and the private operators time to come to a settlement on the acquisition of Palyja and Aetra's shares through the public water utility PAM Jaya.

The provincial government of Jakarta. The provincial government of Jakarta is the most powerful actor in Jakarta’s water management system. It is able to appoint the PAM Jaya director, approve domestic and foreign debt and make other major decisions, set the water tariff, and as signatory of the cooperation agreement it is able to terminate the privatisation agreement.

PAM Jaya- the state-owned water company. The cooperation agreement cuts off PAM Jaya’s power. It has no right to see the private operators’ financial reports, and can do nothing when its private partners fail to meet the targets, despite its position as supervisor. However, as shown by PAM Jaya’s latest move, its role can be important as it is has shown by being able to pressure the private operators to renegotiate the contract for a more balanced one.

The private operators. The main characteristic of the private companies, Palyja and Aetra, is that they are politically strong. A string of confrontations between the director of PAM Jaya and private operators that ended with the director’s dismissal confirms this. Besides, the cooperation agreement puts them in a stronger political bargaining position. The private operators’ financial projections determine the water charge, one of the main profit areas for them.

KMMSAJ. Numerous civil society organizations under a coalition named KMMSAJ (Coalition of Jakarta Residents Opposing Water Privatisation) have been campaigning against water privatization since 2011. The coalition has organised through various strategies, from rallies, public discussions and policy dialogues to requesting information disclosure, circulating petitions and filing a citizen lawsuit.