The 2019 Spotlight Report report dives more deeply into the (global) governance arrangements and institutions that will be necessary to implement alternative policies and to unleash the transformative potential of the SDGs. It offers analysis and recommendations on how to strengthen inclusive and participatory governance and to overcome obstacles and gaps in the implementation of the 2030 Agenda and the SDGs. In doing this, it poses a strong call to action to world leaders just in advance of the SDG Summit in September 2019.

The Atlas of Utopias is a global gallery of inspiring community-led transformation in water, energy, housing and food. It features 34 communities from 24 countries working on radical solutions to our world’s systemic economic, social and ecological crises.

Democratising Knowledge: a report on the scholarly publisher, Elsevier

Democratising Knowledge: a report on the scholarly publisher, Elsevier, aims to provide the foundations for a critical study into Elsevier’s business model and practices. The study also aims at contributing to developing policy objectives relating to open public access to research and educational materials, academic freedom, researcher autonomy, and the scholarly communication system. This research will form a key part of Education International’s Global Response campaign on the commercialisation and marketisation in and of education aimed specifically at the further and higher education and research sector.

This ILO book documents the under performance of private mandatory pensions in fifteen countries, and abstracts lessons for governments intending to improve their national pension systems.

Public-Private Partnerships (PPPs) are increasingly being promoted as the solution to the shortfall in financing needed to achieve the Sustainable Development Goals (SDGs). Economic infrastructure, such as railways, roads, airports and ports, but also key services such as health, education, water and electricity are being delivered through PPPs in both the global north and south. This report gives an in-depth, evidence-based analysis of the impact of 10 PPP projects that have taken place across four continents, in both developed and developing countries. These case studies build on research conducted by civil society experts in recent years and have been written by the people who often work with and around the communities affected by these projects.

Labour tells UN no to privatized water and energy services

At a conference about the UN's Sustainable Development Goals unions called for an end to the privatization of water services and green energy solutions. A report featuring the General Secretary of Public Services International, Rosa Pavanelli.

The Spotlight report provides the most comprehensive independent assessment of the implementation of the 2030 Agenda and its Sustainable Development Goals (SDGs). www.2030spotlight.com and www.world-psi.org/Spotlight2017 Find out more about the fight for public services here: www.world-psi.org 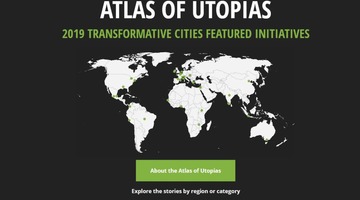