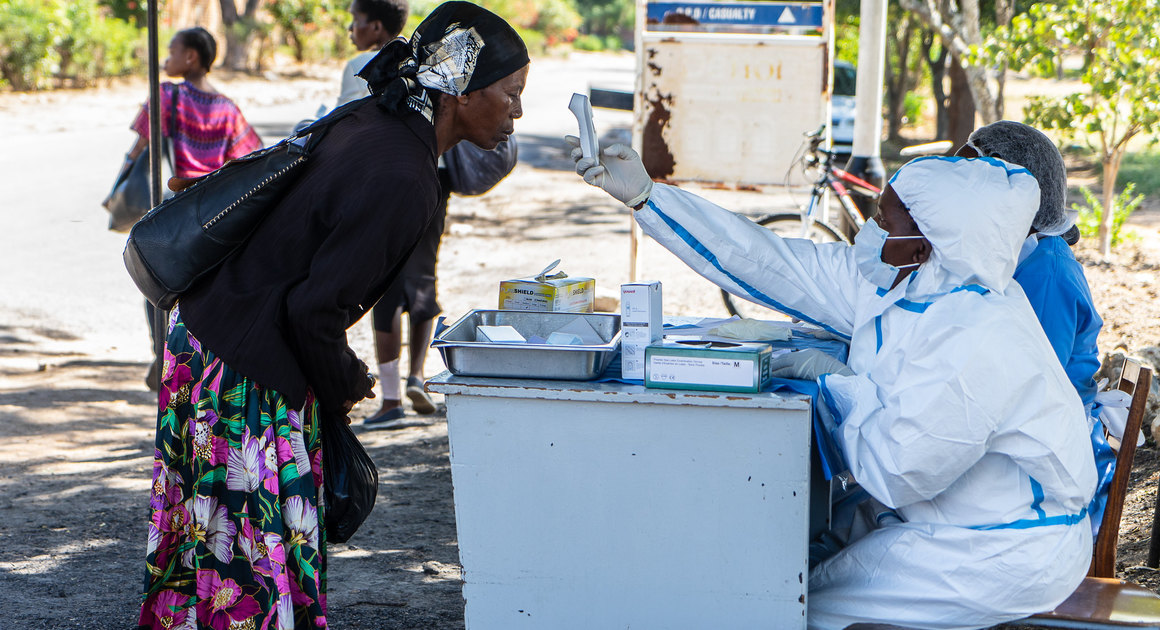 Nurses call off strike as minister promises to improve conditions

Zimbabwe nurses welcome the new health minister's willingness to improve their working conditions and have called off their 3-month long strike to give negotiations a chance.

After 3 months of industrial action, the Zimbabwe Nurses Association has called the strike off in a reciprocation of the gestures of goodwill that have been made by the new health Minister, Constantino Chiwenga. These include the restructuring of the Health Ministry and a commitment to improve the conditions and salaries of health workers.

It is noteworthy that he has declared that the Government will no longer be paying for foreign health referrals for Government officials as this was costing the government a lot of money.

Over 4,000 trade unionists joined the LabourStart campaign in support of the Zimbabwe nurses. PSI will continue to monitor the situation and support its affiliate.

In July, after 33 days of withholding their labour, the Zimbabwe Nurses Association stands firm in its demands for adequate PPE and decent wages. In an update to their members they express deep concern for the increasing number of nurses who are testing positive for Covid-19 due to inadequate PPE.

PSI supports their call for the government to break the impasse and return to negotiations. In a reply to PSI’s letter, the International Labour Organisation (ILO) has also confirmed that they have intervened with the Zimbabwean authorities in this regard.

The Zimbabwean government arrested 13 nurses who were protesting their deteriorating pay and working conditions. The arrests took place at the Harare hospital, on 6 July as nurses protested saying they could no longer survive on their monthly salary. They were released on bail but have been removed from the payroll and are facing charges for breaching COVID-19 regulations.

PSI has written to the Zimbabwe government demanding that all nurses be immediately reinstated and that the Zimbabwe government cease intimidating and harassing health workers and instead listen to their legitimate demands and concerns. PSI has also written to the International Labour Organization (ILO) requesting their urgent intervention and that the case be referred to the Committee on Freedom of Association for its detailed examination.

According to PSI affiliate, the Zimbabwe Nurses Association (ZINA), this attack was initiated to prevent the nurses from organising a peaceful demonstration and is a gross violation of trade union and human rights.

Support the Zimbabwe nurses. Join the LabourStart campaign and send your letter of protest to the Zimbabwe government calling for their immediate release and a return to negotiations.

ZINA had been on strike, with workers gathered in Harare and Bulawayo, to push for upward salary review and outstanding COVID-19 allowances, as well as adequate provision of Personal Protective Equipment (PPE). This was after government rendered the Bipartite Negotiating Panel for the sector useless, when it unilaterally declared that it would not be engaging in any form of collective bargaining for the next three months. Such contempt for ZINA’s trade union and labour right to organise and collective bargaining is unacceptable.

With the inflation rate hovering around 1000%, the cost of living has risen so rapidly and steeply as to render public sector salaries almost worthless. In parallel, the government of Zimbabwe has spent millions of dollars on luxury cars for senior officials. No wonder the workers are declaring that they have nothing more to lose. Some studies have calculated the cost of the food basket to be at $8000.00 [approx 116USD] against a salary said to be around $3000.00 [approx 43USD]. The negotiations should therefore not only address the short-term concerns of the workers but should also put in mechanisms to sustainably cushion the workers against the run-away inflation.

Watch this moving video of a Zimbabwe nurse explaining how despite having achieved her dream of becoming a nurse, she can no longer afford to buy decent meals, pay her mobile phone bill or school her child.

We call on the Zimbabwe Government to reverse its dictatorial stance, to ensure nurses and all other health workers are provided with adequate PPE, pay the outstanding COVID-19 allowances and return to the Bipartite Negotiating Panel for collective bargaining on ZINA’s legitimate demand for an upward review of the salaries of its members.

Support the Zimbabwe nurses. Send your own letter of protest calling for the reinstatement of all nurses and a return collective bargaining.